Thoughts on Margaret Atwood - or, Why I Need To Stop Making Assumptions


You may've heard that the inimitable Margaret Atwood is releasing a new book this year, The Heart Goes Last. It’s about a couple who swap living hand-to-mouth in their car for an idyllic, comfortable life in a closed community with one catch – they must spend every other month in prison. I am so psyched about this because it’s a return to the speculative-fiction (her term, not mine) that I’ve come to love Atwood for, and rather timely too – I’ve recently been experiencing a wobble in my Atwood-worship. I’ve read seven of her books so far, and it’s been a rollercoaster of emotions, with peaks and troughs as I discovered just how varied a landscape her writing covers. 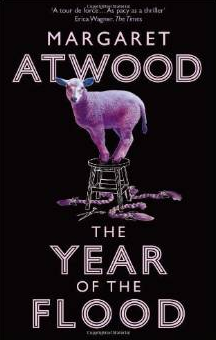 You see, the first book I ever read by Margaret Atwood was The Year of the Flood: it was a purely blurb-based purchase as I didn’t know who Margaret Atwood was (boo! For shame!). There was no 'Ooh I've heard she's good," or "I liked that other one so maybe I'll like this one," about it - I just bought it because I was browsing, I liked the cover, and it just sounded like a really good story:

“The sun brightens in the east, reddening the blue-grey haze that marks the distant ocean. The vultures roosting on the hydro poles fan out their wings to dry them. The air smells faintly of burning.
The waterless flood - a manmade plague - has ended the world.
But two young women have survived: Ren, a young dancer trapped where she worked, in an upmarket sex club (the cleanest dirty girls in town); and Toby, who watches and waits from her rooftop garden. Is anyone else out there?”

It was actually really incredible: a time-jumping story about two women struggling to deal with their worlds before and after an apocalypse referred to as The Waterless Flood. It was funny, terrifying, clever, tense and set in a world that was eerily recognisable and full of uncomfortable topics – MoHair sheep, bred purely for wig-making; Chiklits, genetically-engineered chicken-like creatures created only for meat; the Corps, massive private conglomerates in charge of every section of life, from security to prostitution, and the God’s Gardners, a religious faction with emphasis on the protection of the natural world. In The Year of the Flood, Margaret Atwood held up a magic mirror to our society and world, showing what we could become if we’re not careful, and it was exhilarating in its horror.

Then I discovered that The Year of the Flood was not, as previously thought, a standalone novel - it is preceded by Oryx and Crake, which focused on two characters I’d briefly met in The Year of the Flood, and is set mostly before The Waterless Flood. Although I enjoyed it less than what had turned out to be its sequel, I devoured it (I 'll admit that my enjoyment of reading it was lessened by my ill-feelings towards one character – even though he’s meant to be our anti-hero in Oryx and Crake, I strongly disliked him because of his portrayal by another character in The Year of the Flood, and because I met HER first, HE suffered - in the same way you immediately judge people you don't know for mistreating your loved ones). I liked it, even if I didn't love it, because it was clever, and scary, and full of foreboding for our own society and world.

Then I hit a slight stumbling block, The Penelopiad. On paper – and partially in reality – I should’ve LOVED this book: a retelling of The Odyssey, but from the point of view of Penelope, Odysseus’ abandoned wife. I love The Odyssey, and have always, like many people, felt for Penelope: her husband disappears for 20 years, she has no idea if he’s alive or not, and every day young arrogant men turn up at her house to eat her food, drink her wine and sexually harass her into marrying one of them, occasionally screwing her servants to pass the time. It was one of those times when you pick up a book and just think ‘YES, this is everything I was looking for!’ and then… it wasn’t. Not because there was anything wrong with it, but there was something wrong with me - I had expected something like The Year of the Flood or Oryx and Crake, and hadn't got it. I had made assumptions about Margaret Atwood that were wrong, and I didn't like it.

But no need to deal with uncomfortable realisations -at least, not about my reading habits - because the next two Atwoods I read were MaddAddam, the conclusion to the Oryx and Crake trilogy, and The Handmaid’s Tale. MaddAddam took me back to that warped world where I’d first met Atwood, amongst familiar characters and creatures. The novel didn’t quite pan out how I’d expected – I still believe The Year of the Flood was the best of the trilogy – but it was nevertheless a great book, uncomfortable in its razor-sharp wit and on-point criticism of what we’re making the world into. Dystopia ruled the pages, with The Handmaid’s Tale the next in line. 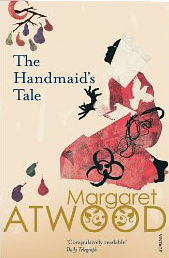 Oh, The Handmaid’s Tale, how do I love thee? Let me count the ways (is it kind of messed up to feel so passionately about such a messed-up book?). Now officially my favourite Atwood book (and edging its red-clad way into my all-time favourites list), just one of the many ways this book is incredible, is that it was published THIRTY YEARS AGO, and it’s still so unhappily relevant. It’s another dystopia – North America ceases to exist, replaced by Gilead, an ultra-religious regime-led country where women are simultaneously revered for their reproductive ability (if they are lucky enough to still retain it) and repressed for being women:

“There is more than one kind of freedom, said Aunt Lydia. Freedom to and freedom from. In the days of anarchy, it was freedom to. Now you are being given freedom from. Don’t underrate it.”

That sentence TERRIFIES me because it’s so very, very true. If you identify as a woman, this is a huge deal, because what would you choose – freedom to go about your business without a chaperone, to have a job, to spend your own money? Or freedom from harassment on the street, from fear of walking alone in the dark, from media pressure to look a certain way? It’s not necessarily an easy choice, if you’re given it (although if you're asking me, it's ‘Freedom To’).

So Margaret Atwood: Dystopian Queen, Holder of the Magic Mirror, the person who terrifies and fascinates me in equal measure. Except she’s not, because recently, I’ve read two books by her that pull her firmly aside from the future-warning I’ve come to expect from her, that nudge her towards a more humanist view I first glimpsed in The Penelopiad: The Blind Assassin, and Cat’s Eye. Suddenly, my perceptions have been forced to change, and I’m struggling. See, I loved Atwood’s speculative-fiction work, but finding out that’s not necessarily her modus operandi  was a bit of a shock, especially – horror of horrors – I don’t like either of those novels very much. 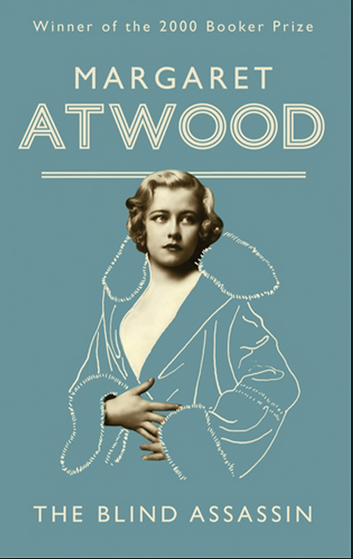 You mustn’t misunderstand me on this: they’re still very good books, and if I had read them first, who knows? Maybe I would've felt a lot more positively about them: after all, I can't pretend I didn't know they were of a different ilk when I bought them. One, The Blind Assassin, is about two sisters and the secrets that hold them apart, whilst the other, Cat’s Eye, is about the poisonous effect a year’s worth of emotional bullying can wreak on a young girl for the rest of her life. Both interesting subjects - worthy, even - but they didn't fit in with how I had categorised Atwood in my brain. The problem was, in my mind she is a dystopian writer, and it's been difficult to shake that – obviously, as I've now realised, she has a far wider breadth of talent than that, but my first encounter with her work was in a post-apocalyptic world that didn’t seem implausibly different to our world, so even though I might know a book of hers isn’t dystopia, it still doesn’t quite sit right with me. It's an unfair judgement, I know: "This book does not challenge my world-views in respect to the environment, nor does it hold a powerful feminist message, so therefore it's not good enough". I started with The Year of the Flood, which set the bar so high that I’m comparing Atwood's old work constantly against herself, and only The Handmaid’s Tale competes in my narrow view.


Really, this whole post is less about what Margaret Atwood writes, and more an admission of my own naiveté in regard to someone I would rank amongst my favourite, and most influential, authors. I had Margaret Atwood pegged as a writer of eerily-familiar worlds, not-too-distant futures where our descendants could be realistically reaping the unpleasant rewards of our presence. Instead, I’ve had to realise that I don’t actually know how, or what, she writes, which is not a comfortable experience – much like reading one of her speculative-fiction novels, actually.

Funnily, this is probably exactly what she wants - for her readers to be not just constantly guessing her work, but questioning their own perceptions of it. And let’s face it, she’s a goddamn queen – she can write whatever the hell she wants and even if it’s not what I wanted from her, I’ll still think she’s a living legend, a woman to aspire to be like. ALL HAIL MARGARET ATWOOD.

Still, super-psyched for The Heart Goes Last.
Posted by Jasmine to a T