REVIEW: The Girl in the Red Coat by Kate Hamer 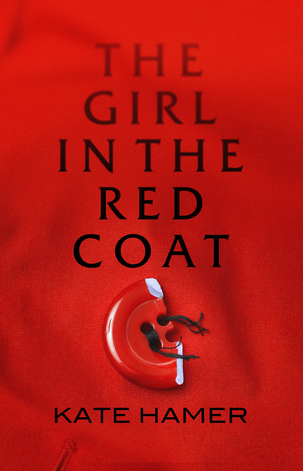 Firstly, I’d just like to say how much I was forward to reading this book - it didn’t quite make the Reads for Early ’15 list, but nevertheless I’ve been hotly anticipating it. I’ve really gotten into my crime/thriller novels in the past year, and at first glance, this seemed to fit the bill really well: eight-year old Carmel gets separated from her mother, Beth, at a story-telling festival, when she is approached by a man. He says he’s her estranged grandfather, that her mother has had an accident, and that he’ll look after her now. Except Beth has not had an accident, and the man is not Carmel’s grandfather - so far, so intriguing. The story is told from both Carmel and Beth’s perspective, so we get to see what happens to Carmel after her kidnapping as well as Beth’s search for her daughter. This split-perspective method of story-telling is a very popular device in fiction at the moment – just in 2015 alone I’ve read several books which employ it. In some cases it helps to build tension and create mystery (The Secret Place by Tana French and the similarly-titled The Girl On The Train by Paula Hawkins), whilst in others it’s to give a broader sense of time and space than could usually be managed with a one-character narrative (Rooms by Lauren Oliver and Station Eleven by Emily St. Mandel). In The Girl in the Red Coat, Hamer is trying for both, and it doesn’t quite work out.

The curious thing about this book is, as I was reading it, I was really enjoying it. There’s an unusual reason behind Carmel’s kidnapping, which adds a fantastical twist to the story and separates it from the pack of other missing-child novels, whilst Beth was a sympathetically-written character - a woman suffering an unbearable loss, trying to deal with it as a single woman whilst her ex-husband turns to his new wife for support. It wasn’t until a few hours after I’d finished reading that I realised I wasn’t entirely satisfied – the more I thought about it, the more I thought of the many questions are posed throughout the novel, yet are mostly left unanswered. For example, who was Mercy, and what happened to her? What is the strange power Carmel supposedly possesses? Who is ‘Gramps’ really? How exactly did he find Carmel? And those are just a few: I won’t go into any more that I thought of because they start to get spoiler-y, but I can assure you there are more. I guess you could argue that we can only know as much as our narrators know, but I still don’t see why Beth and Carmel couldn’t have found out at least some of these answers . After all, the principle of Chekhov’s Gun is that, if something is mentioned, it must have significance – so why would Hamer allude to so many questions if she had no intention of answering them? There’s a point at which things stop being mysterious, and start being annoying. This brings me back to my earlier point: that Hamer was trying to do too much, with too broad a spectrum. Her novel is just under 400 pages long, and transcended several years, 2 continents, 2 narratives and about 15 characters all-in, and I just think there wasn’t enough space for it all.

I don’t want you to think it’s a bad book, though: it’s really not. Like I said, I was enjoying it immensely whilst I was reading it, it was just after I finished that I got frustrated with it. I can’t help but feel that some characters were superfluous, maybe intended for a greater part in earlier drafts but slowly whittled down in later edits, whilst some questions raised could’ve been scrubbed out with no real effect on the full plot. If this turns out to be one of a duology, or a trilogy, then I’ll definitely be back on board (and it’ll certainly make a lot of sense), but at the moment I just feel that Hamer tried to cram too much plot into one novel: I definitely would’ve preferred a slower-burn, longer novel with more detail, than the get-thrills-quick read I think this was aiming for.

I’ll almost certainly read The Girl in the Red Coat again at some point, because it was (despite what you might think from everything I’ve said so far) a clever novel with an original take on a sometimes-tired genre, and there is definitely something about it that makes it worth the reading. And maybe, on a second read, I’ll find that a lot of the questions I had are actually answered in the novel, it’s just because of my shoddy reading that I missed them.  In the meantime though, I can’t help but feel a little bit frustrated that this didn’t live up to everything I felt it promised.