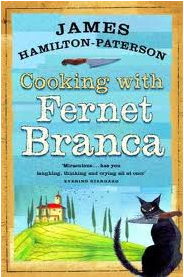 Have you ever been on holiday, and found a corner of the place you are staying in is piled high with books other guests left behind? I always find these books to be a bit mysterious; who left them behind, and how long ago was it? And why did they decide not to take them back - was it a bad story, or were they offended by the content, or were they simply forgotten and the loss was discovered too late? I myself have left books behind at holiday destinations twice before; once was earlier this year, with The Map by T.S. Learner, a story with a plot so unbearably convoluted, and characters so one-dimensional that after one read I abandoned it to it's fate on a communal bookshelf in a hotel. The other was years and years ago, when I was a moody teenager, and was called Tin Grin by Catherine Robinson. I have only the vaguest memory of the plot - I know it was a typical teenage story; some bullying, a new step-family, a few illicit rendezvous with the local bad boy who fancied the main character - the usual drivel. I don't remember being particularly offended by it, but as I made the decision to leave it in a holiday villa I evidently didn't care a great deal for it. We returned to the same villa on two more occasions after that, and I was both gratified and annoyed to find Tin Grin was still on the shelf; gratified, because it was dog-eared, so had obviously been read by other teenagers visiting the villa, but annoyed, because they hadn't loved it and taken my offering away. To be honest, they probably didn't love it because most books in holiday residences have probably been left there because other people didn't want them; but then someone else will come along, and they may find that this abandoned book, which wasn't gripping enough, or funny enough, or clever enough for someone else, is actually perfect for them. This is how my family discovered Cooking With Fernet Branca; some previous holiday-maker had left it, my dad picked it up, and that was that.

Cooking With Fernet Branca is a parody of two genres; firstly, it satirises the countless novels that revolve around Brits making a new life for themselves abroad, whilst also gently mocking the sometimes ludicrous recipes found in celebrity cookery books. The novel relates the story of Gerald Samper, a man of indeterminate sexual preference, and a ghost-writer for celebrity autobiographies, who rather fancies himself a chef, and so moves to Tuscany in order to explore his questionable culinary skills. Unfortunately, he discovers that the peace of his quiet retreat is disturbed by Marta, a composer from a fictional Eastern-European country, who he professes to despise and pity, but can't seem to stay away from. What follows is a series of increasingly ridiculous events, told from both Gerald and Marta's points of view, involving crossed wires (a staple of British comedy), a touch of xenophobia and several crates full of a spirit called Fernet Branca.

Gerald - or Gerree, as Marta calls him - is a buffoon. He is pompous, ridiculous and full of false modesty; some examples of this are the several 'recipes' for his culinary creations, which are peppered throughout his chapters, including Fish Cake (literally, a sponge cake flavoured of fish) and Alien Pie (ingredients of which include cat meat and a dash of kerosene), as well as his constant singing of ridiculous arias from made-up operas.  At one point he sings, 'Vedi, vedi vedi il fondo del barattolo!', which Marta translates for us as 'see the base of the container', perfectly depicting his ludicrous behaviour. Yet despite all his pretensions, he is endearingly clueless, and this is his saving grace - moments such as his tumble down a steep hill whilst attempting to dismantle an outhouse take the edge of off what could be a hideous character.

Marta, however, is far less entertaining, probably because she is far less eccentric. Whereas Gerry is mostly there for the comedy value, most of the key plots are driven by Marta and her life, which consequently impacts Gerry's. Without Marta, Gerry wouldn't have much of a story - he'd just be a flamboyant, narcissistic man playing at being a chef in Italy (could even be Jamie Oliver!... just kidding, I love that guy). With Marta on the scene, he is exposed to an Italian director with severe delusions about the subject matter of his latest film, the rebirth of a pop group fronted by an ageing star with interesting theories on extra-terrestrial life, Eastern European mafia... the list could go on. What Marta lacks in characterisation, she more than makes up for in plotlines.

No one would pretend for a second that this is world-class literature; it's simple, good fun. There's innuendos, battles of the sexes, explosions and even a bit of unexpected hanky-panky thrown in for good measure (and not between who you would think). I think what I enjoyed so much about this book was that I didn't expect to like it; my dad kind of insisted that I read it so many times that in the end, I just read it to shut up him up, so the pleasure I derived from it was heightened by my low expectations. Hopefully I haven't put it on a pedestal too much; I'd rather it was something people accidentally found entertaining, rather than it be one of those disappointing ones where you're told it's hilarious, but it isn't, because it's the kind of book that benefits from that - it's a slow-burner, one that you increasingly enjoy the more you read it. It's one of those books with jokes so subtle that you don't always pick up on them until the third, fourth, even fifth, read. I'm certain, however, that if it doesn't make you laugh the first time, it will at least raise a smile - and who knows? By that fifth time, you'll be laughing almost as loudly as I do.
Posted by Jasmine to a T